A London-based financial API provider with a uniquely controversial name, Fidel, has established a New York office to add to its collection of foreign offices which now include Lisbon and Toronto. Fidel’s APIs provide easy access to real-time transaction data from Visa, Mastercard and American Express, giving developers easy and affordable access to real-time data. CEO and co-founder Dev Subrata said the move signaled an acceleration of its expansion plans due to high demand for its services. The company also picked up a a new vice president of strategy, Patrick Nealon, who joined Fidel from American Express Ventures. Fidel’s clients include British Airways, RBC and Klarna. AltFi 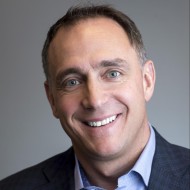